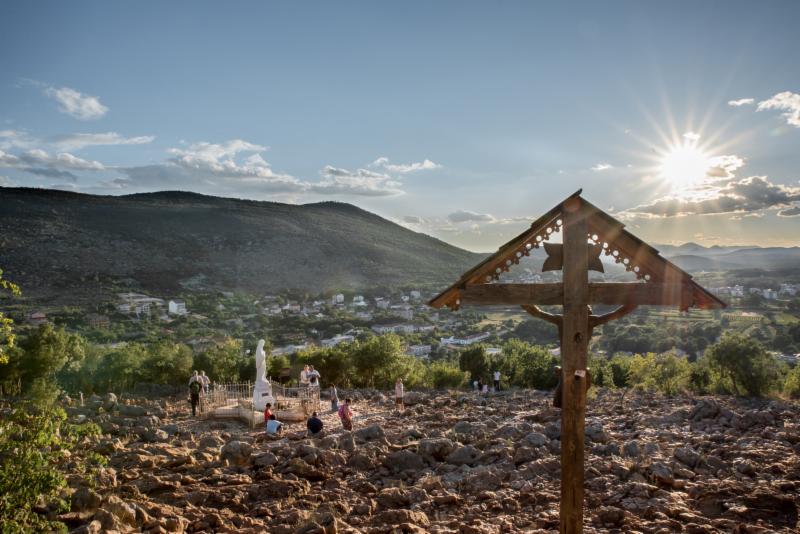 “Never forget that each of your brothers, within himself, carries something precious – the soul. Therefore, my children, love all those who do not know my Son, so that through prayer and the love which comes through prayer, they may become better; that the goodness in them could win; that souls could be saved and have eternal life…” (June 2, 2017 Message)

Our Lady never forgets her children, never. She constantly is teaching us not to forget them either. She asks us here to see each person as precious. Each person has a living soul. We are created as spiritual beings, made to live with God forever. Once created, our soul will never perish. Here is what the Catechism tells us:

362 The human person, created in the image of God, is a being at once corporeal and spiritual. The biblical account expresses this reality in symbolic language when it affirms that “then the LORD God formed man of dust from the ground, and breathed into his nostrils the breath of life; and man became a living being.” Man, whole and entire, is therefore willed by God.

363 In Sacred Scripture the term “soul” often refers to human life or the entire human person. But “soul” also refers to the innermost aspect of man, that which is of greatest value in him, that by which he is most especially in God’s image: “soul” signifies the spiritual principle in man.

364 The human body shares in the dignity of “the image of God”: it is a human body precisely because it is animated by a spiritual soul, and it is the whole human person that is intended to become, in the body of Christ, a temple of the Spirit:

Man, though made of body and soul, is a unity. Through his very bodily condition he sums up in himself the elements of the material world. Through him they are thus brought to their highest perfection and can raise their voice in praise freely given to the Creator. For this reason, man may not despise his bodily life. Rather he is obliged to regard his body as good and to hold it in honor since God has created it and will raise it up on the last day.

365 The unity of soul and body is so profound that one has to consider the soul to be the “form” of the body: i.e., it is because of its spiritual soul that the body made of matter becomes a living, human body; spirit and matter, in man, are not two natures united, but rather their union forms a single nature.

366 The Church teaches that every spiritual soul is created immediately by God – it is not “produced” by the parents – and also that it is immortal: it does not perish when it separates from the body at death, and it will be reunited with the body at the final Resurrection.

(Catechism of the Catholic Church: http://www.vatican.va/archive/ccc_css/archive/catechism/p1s2c1p6.htm   )

We are each so very special, so important to God, so precious! Knowing this, we understand how the saints have suffered and died for others, even for their persecutors. The saint we celebrate today, St. Maria Goretti, was brutally murdered by a young man who knew her well. He stabbed her 14 times in a rage because she would not submit to his desires. But she forgave him just before she died. She said she wanted him to be in heaven with her. It is said that Alessandro experienced a vision of Maria 6 years later in prison, and that he was converted and became repentant. Maria truly was a vehicle for Alessandro’s conversion, and he did become better, goodness did win in him, due to Maria’s love and forgiveness.

Maria Goretti is a good example of what Our Lady is asking of us. We too can “love all those who do not know my Son, so that through prayer and the love which comes through prayer, they may become better; that the goodness in them could win; that souls could be saved and have eternal life.”

May we see each person as they truly are, humans who are soul and body, meant for eternal life with God. May we have reverence for each other, and encourage each other on our road to heaven, like St. Maria Goretti.

Here is a link to the story of St. Maria Goretti:

And with prayer, try to live that love.
Scroll to top