Pray until prayer becomes a joy for you… 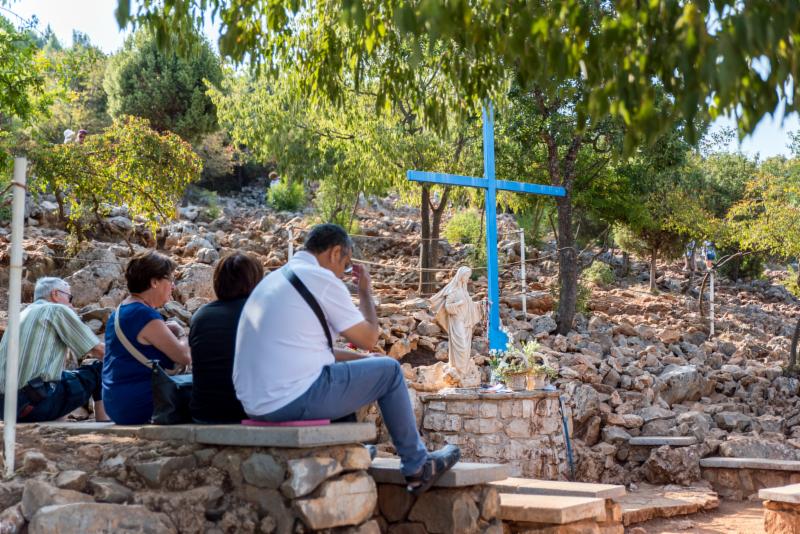 “Dear children! Today I am calling you to be people of prayer. Pray until prayer becomes a joy for you and a meeting with the Most High. He will transform your hearts and you will become people of love and peace. Do not forget, little children, that Satan is strong and wants to draw you away from prayer. You, do not forget that prayer is the secret key of meeting with God. That is why I am with you to lead you. Do not give up on prayer. Thank you for having responded to my call.”

“Pray until prayer becomes a joy for you and a meeting with the Most High.”

It might be easy to pass over this sentence. But if we take a minute we can learn something here. Our Lady has always told us that we need to, “Pray until prayer becomes a joy for you.” But do we really take her seriously?

The key of course is in the word “until”. She doesn’t say how long to pray. She doesn’t give us lists of prayers to say. She merely says to “Pray until…” We should not stop praying “until” we actually have a meeting with the Most High. We need to pray “until” we are filled with joy. And we probably won’t want to stop praying when the joy of the meeting with God happens! We will just continue!

Mike Nolan took a pilgrimage group to Medjugorje during the middle of August this year. He had a number of young people with him. He shared that Dominic, a college student, was asked what his favorite part of Medjugorje was. He responded, “The Glorious Mysteries at the end of the evening program.” Dominic told Mike that after the first two Rosaries and Holy Mass, he could get deepest into prayer during the last Rosary. Mike added, “One night we didn’t do the last Rosary but decided to go out to dinner right after Mass. And Dominic and Austin (a fellow pilgrim) said, ‘We will catch up with you after the last Rosary.” Clearly these young men had learned the “pray until” principle!! They knew what it took to pray until prayer becomes a joy for you!

I also heard from Tracy Veno that she struggled with “praying until…” She wrote me about the August 25 message: “I love this!!! One time I had to say 3 whole 15 decade rosaries before I could feel God’s Joy and Love…. but it is true, it will happen :)”

Denis reminded me of some advice that Our Lady gave to Ivan Dragicevic: “If you want to pray better you have to pray more. To pray more is a personal decision. To pray better is a grace, a grace given to those who pray more!”

So you see, we just can’t give up on prayer. (Our Lady said that, didn’t she! “Do not give up on prayer.”) The “pray until” principle tells us that we just have to give ourselves to prayer, to continue to pray, no matter what. I think it is actually an act of spiritual warfare when we don’t stop praying. We actively turn away from distractions and the enemy’s counterfeits, and we turn to God in prayer with conviction and strength. This will stop the enemy’s attacks.

Denis also thinks that the “pray until” principle is really important. So important that Our Lady gave us the grace of having the wonderful new POV Camera at the Blue Cross (see the link at the top of our home page, www.marytv.tv . It is at the Blue Cross that many people come to “pray until”. We can now join them at that holy place.

So, let’s take up the challenge! Let’s pray until prayer becomes a joy for us, and we have a meeting with the Most High!!