Pray the Rosary with a living faith! 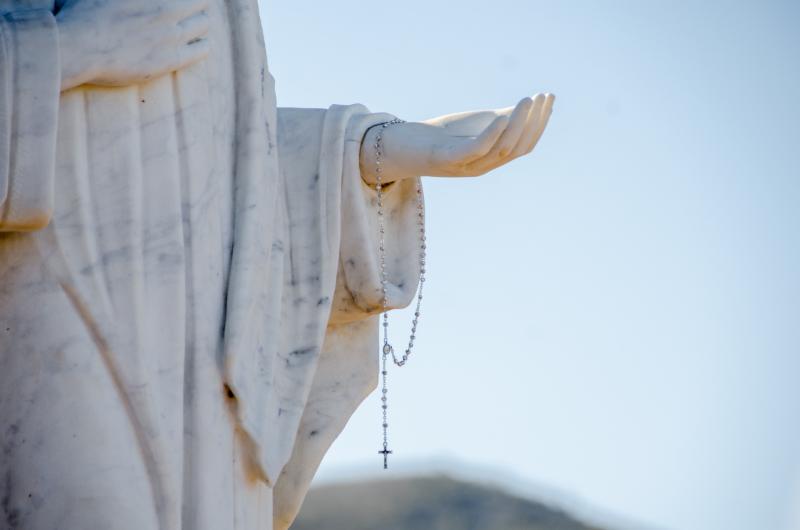 “Dear children! Today I call you to begin to pray the Rosary with a living faith. That way I will be able to help you. You, dear children, wish to obtain graces, but you are not praying. I am not able to help you because you do not want to get started. Dear children, I am calling you to pray the Rosary and that your Rosary be an obligation which you shall fulfill with joy. That way you shall understand the reason I am with you this long. I desire to teach you to pray. Thank you for having responded to my call.” (June 12, 1986)

St. Louis de Montfort shares a story in “The Secret of the Rosary” in which a woman striving after sanctity learned the value of the Rosary. She longed to win graces for herself, but spurned the Rosary until the Lord showed her what she was rejecting!!

Whatever you do, do not be like a certain pious but self-willed lady in Rome, so often referred to by speakers on the Rosary. She was so devout and fervent that she put to shame by her holy life even the strictest religious in the Church.

Having decided to ask St. Dominic’s advice about her spiritual life, she made her confession to him. For penance he gave her one Rosary to say and advised her to say it every day. She excused herself, saying that she had her regular exercises, that she made the Stations of Rome every day, that she wore sack-cloth as well as a hair-shirt, that she gave herself the discipline several times a week, that she often fasted and did other penances. Saint Dominic urged her over and over again to take his advice and say the Rosary, but she would not hear of it. She left the confessional, horrified at the methods of this new spiritual director who had tried so hard to persuade her to take up a devotion for which she had no taste.

Filled with alarm, she cried for mercy, imploring the help of the Blessed Virgin, her gracious advocate, who took the one and only Rosary she had said for her penance and dropped it on the tray of her good works. This one Rosary was so heavy that it weighed more than all her sins as well as all her good works. Our Lady then reproved her for having refused to follow the counsel of her servant Dominic and for not saying the Rosary every day.

As soon as she came to herself she rushed and threw herself at the feet of Saint Dominic and told him all that had happened, begged his forgiveness for her unbelief, and promised to say the Rosary faithfully the glory of everlasting life.

You who are people of prayer, learn from this the power, the value and the importance of this devotion of the holy Rosary when it is said with meditation on the mysteries.  (St. Louis de Montfort. “The Secret of the Rosary”)

May we all pray our Rosary with great trust and devotion. It is a gift from heaven for us, especially us, in these tumultuous days.