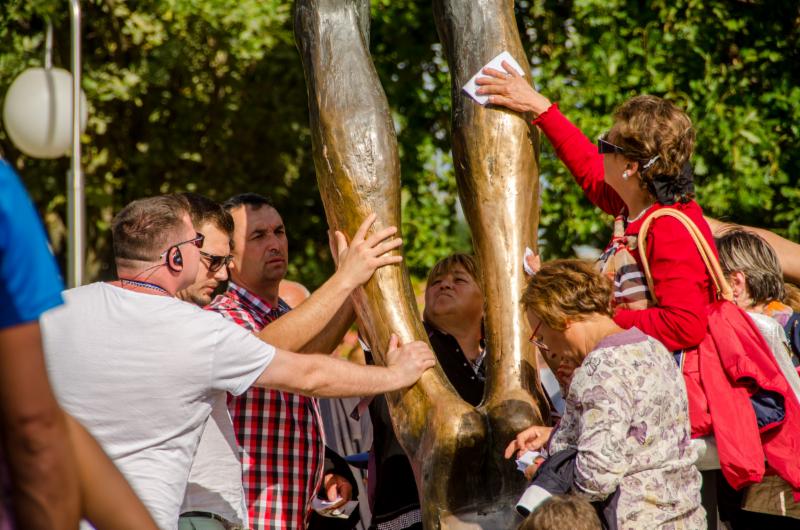 March 25, 2004 “Dear children! Also today, I call you to open yourselves to prayer. Especially now, in this time of grace, open your hearts, little children, and express your love to the Crucified. Only in this way, will you discover peace, and prayer will begin to flow from your heart into the world. Be an example, little children, and an incentive for the good. I am close to you and I love you all. Thank you for having responded to my call.”

During the Rosary recently we had a discussion about the “Risen Christ” Statue behind St. James Church. Denis and I were both amazed at the way pilgrims in Medjugorje are drawn to that statue. AT first I think they are curious about the mysterious fluid that exudes from it. But when they find themselves close to it, they are enraptured. They hug the legs of Jesus, kiss Him over and over again, and remain in a restful embrace, hugging His legs like a child would hug an adult. 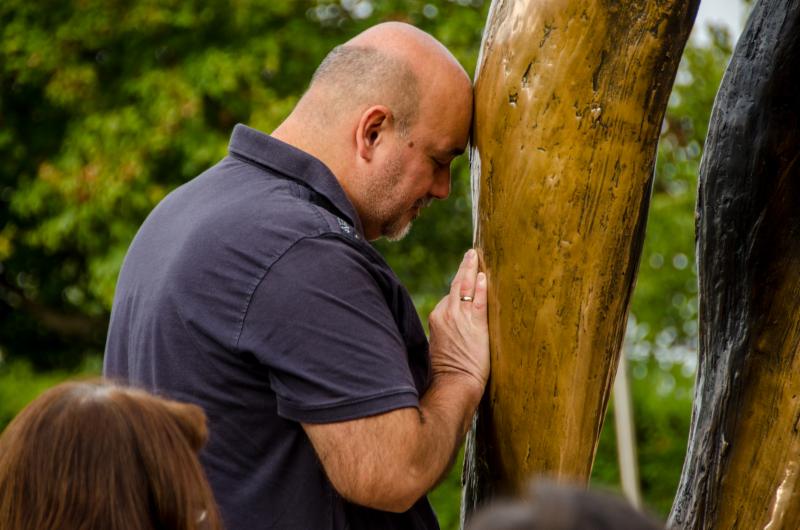 Both Denis and I were touched by this show of affection for a cold, bronze figure of the Crucified. But I must admit that I feel the same attraction to just hug Jesus and hold on to His leg with childlike abandon.

Here are some facts about this statue:

The statue is a replica of a 277 cm. silver image of “The Resurrection”, sculpted by Andrej Ajdic and presented to Pope John Paul II on the occasion of his Papal Visit to Slovenia in 1996. The mystery of Christ’s resurrection is expressed by the image of an elongated, slender Christ, arms outstretched as if still nailed to the cross but at the same time globally embracing redeemed mankind, while triumphantly rising from a cross which is laid flat on the ground, overcast by the silhouette of Christ or God’s presence on earth. Another unique feature of the sculpture is that Christ is not wrapped by a loincloth but by a newspaper, signifying the ephemeral event of the crucifixion, in contrast to Christ’s everlasting and infinite nature.

To commemorate the 20th anniversary of the apparition of “Gospa, Kraljice Mira” (“Blessed Mother, Queen of Peace” in the native Croatian language), a 30-foot bronze replica of Ajdic’s “The Resurrection” was erected behind St. James Church. A day or two after the anniversary, around June 25-26, 2001, pilgrims started noticing that the statue was visibly oozing clear fluid. (http://asianjournalusa.com/the-weeping-christ-at-medjugorje-p3548-144.htm   )

This statue is now visited by pilgrims every day. They line up to approach the legs of Jesus, where many find a “mysterious” fluid exuding from the statue. I haven’t seen any scientific analysis of the fluid but some say that it is the tears of Mary. Our Lady may have been able to reach Jesus’ knees while He hung on the Cross, and so anointed them with her tears as He died for our sins. Those precious tears may be flowing still, for us. 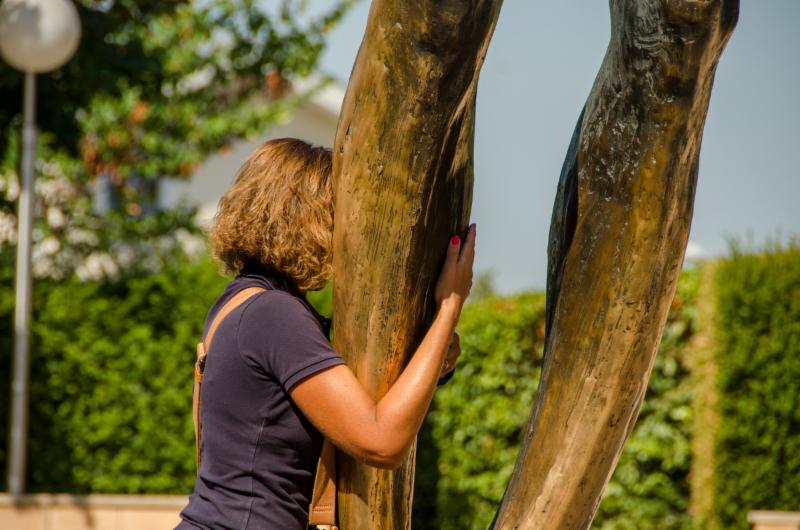 It is a sign of the Great Mercy of Jesus, that we are drawn to hug the very knees and legs that were so tortured for our sins. For it seems that the people who approach the statue are overwhelmed with a sense of being loved, of being wrapped in peace, of being blessed by Jesus. This is the best explanation for their behavior I can come up with. Very often, for our Hour of Mercy prayer time which is live in Medjugore, we are present at the Risen Christ Statue for that prayer time. And we watch pilgrim after pilgrim venerating Christ, kissing Him, hugging Him, and just leaning on Him in quiet prayer. It is healing just to watch them. Our Lady calls us: “Especially now, in this time of grace, open your hearts, little children, and express your love to the Crucified.”

I believe that is exactly what is going on at the Risen Christ Statue. 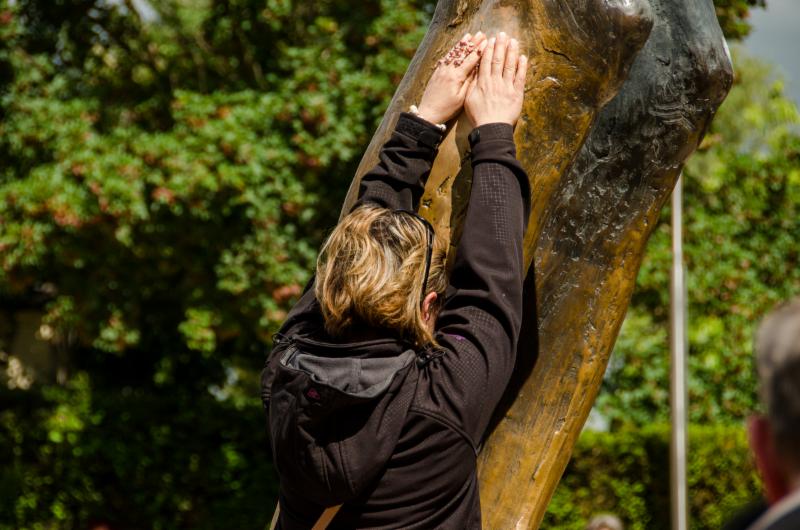 In the Year of Mercy, I believe the Risen Christ Statue is a sign of Mercy for the world.

PS. Apparition Hill is showing in theaters across the nation this week. Please make the effort to go see it, and tell others about it. It is a gift for Our Lady. She wants to reach her children, and this movie will help her very much! 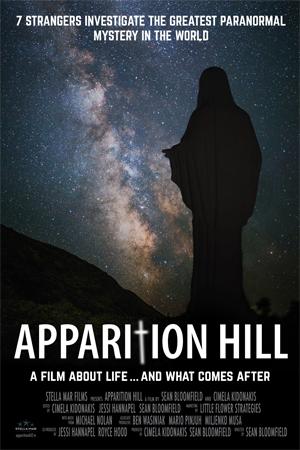 My children, do not be afraid of injustices. They have always existed.
Scroll to top