You be those who want to see the Light of Christ! 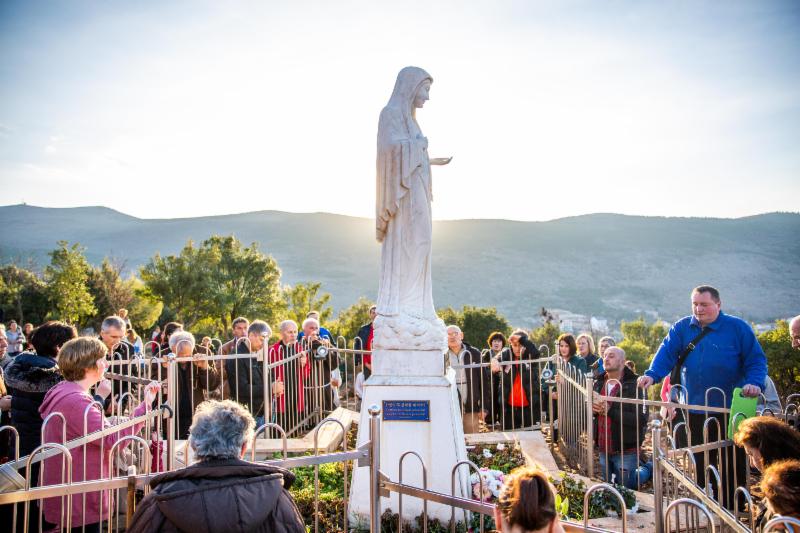 You be those who want to see the Light of Christ.
(c) Anthony Zubac 2018

“…My children, do not forget that my Son brought the light to this world, and He brought it to those who wanted to see it and receive it. You be those, because this is the light of truth, peace and love…” (January 2, 2019)

Our Lady tells us that Jesus brought the light to this world. She saw Jesus shine light into the lives of so many people during His public ministry. It was a light so bright that nothing could be hidden in it. Here is one example of Jesus’ light, from John 8:

Early in the morning he came again to the temple; all the people came to him, and he sat down and taught them. The scribes and the Pharisees brought a woman who had been caught in adultery, and placing her in the midst they said to him, “Teacher, this woman has been caught in the act of adultery. Now in the law Moses commanded us to stone such. What do you say about her?”

But when they heard it, they went away, one by one, beginning with the eldest, and Jesus was left alone with the woman standing before him. Jesus looked up and said to her, “Woman, where are they? Has no one condemned you?” She said, “No one, Lord.” And Jesus said, “Neither do I condemn you; go, and do not sin again.”

Again Jesus spoke to them, saying, “I am the light of the world; he who follows me will not walk in darkness, but will have the light of life.” (John 8: 2012)

Jesus taught the people in the temple. His teaching was powerful. It spoke truth in a way that they had never heard before. It was a powerful light that could shine into their lives, showing them all that they needed to know to find peace, to find God. Jesus spoke light to the people.

But the scribes and Pharisees were not listening to Jesus. Their hearts were closed, so the light of His words could not shine in them. They brought a woman to test Him. Would He condemn her and order her to be stoned? Would He stand up for the law?

Little did they know that their trick would be the way for Jesus to shine His light into their hearts. They had set a trap, but Jesus turned the tables on them. “Let him who is without sin among you be the first to throw a stone at her.” Jesus spoke to each of their hearts, shining His light on their lives. Now they were trapped. If they threw a stone, they would be saying that they were perfect, without sin. How could they profess such a thing? Jesus had leveled the playing field. Light was shining into all hearts present there. The only thing to do was quietly leave. Would they be changed by the light Jesus had extended to them? We don’t know.

But the woman received light as well. Jesus had delivered her from condemnation. She was free to go. But Jesus’ light also shown in her heart. “Go and do not sin again.” She was known by Jesus, and loved, but also counseled to live in the light! Would she be changed? No doubt she was!

And so after this confrontation, Jesus proclaimed: “I am the light of the world; he who follows me will not walk in darkness, but will have the light of life.” All who were present that day experienced the Light of the World! They left His presence, confronted and hopefully changed.

Now Our Lady is telling us the same. “…My children, do not forget that my Son brought the light to this world, and He brought it to those who wanted to see it and receive it. You be those, because this is the light of truth, peace and love…” You be those…You be the people who want to see the light and who receive it. You be like the woman who was saved from stoning. Let the light of Christ convert you, change you, heal you, and comfort you. Let that light shine in your inner being, where you will be healed and delivered of all sin.

Mother, we want to be those who want to see the light of Jesus and to receive it. Help us, pray with us, teach us how to receive the Light of Christ!