A Beautiful Homily by Fr. Max 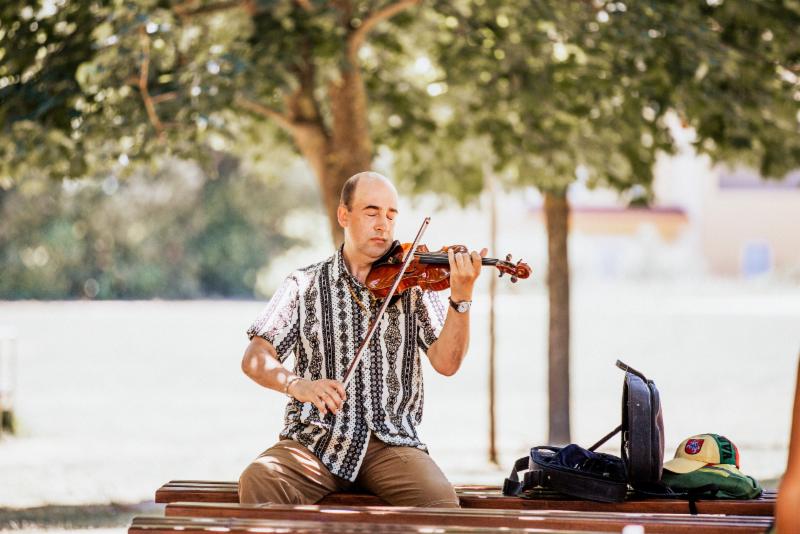 In the evening our of lives, St. John of the Cross states that we will be judged by the love that we have in our hearts. It is all about love. Your love counts. And in the new commandment that Jesus gives us, St. John says that it is old, but it is new. Because now it is in Christ, it is a different way of love, for He shows us the fullness of love.

It is the two-fold commandment of love of God and love of neighbor.

The opposite of love on the one hand is hatred. Mary says that hatred is growing in the world. It is tremendous (terrible) to think of that. If love is a relationship in which one gives himself to another, the gift of self, then hatred is that relationship charged negatively. On the other hand, the opposite of love is not only hatred, but I think the worst enemy of love is indifference.

Pope Francis speaks of the globalization of indifference, where we are so filled with self-love, so egocentric, that others do not count at all. It is tremendous (terrible). The evil one wants to plant in our hearts this indifference. This coldness where there is no place for compassion. In how many big cities people are dying in the street and nobody cares at all.

This indifference towards man, our fellow brothers and sisters, has its root again in our indifference towards God. Mary, since the first messages, has said that the great sin of humanity today is that we know God exists, but we don’t care. Indifference. This is the great sin of humanity today, because if we know God exists, it is a holy duty and a holy joy to look for Him, to search for Him, every day again. To make it an adventure every day to find God. Mary said, to even find Him in the smallest flower. Or in a little child. Find God continuously. Look for Him continuously. Because He lets himself be found! For those who look for Him, especially in prayer.

Yes, we know that God exists. Knowledge alone is not enough. The doctor of the law who put Jesus to the test, the lawyer…he knows, but in his knowledge, he doesn’t love. He puts to the test. There are so many people inside the Church who know these things, but they put others to the test to see of others live them. They look all over outside themselves, but they never question themselves. They are righteous, they are right because they go to church on Sunday and they do all the things which the law prescribes, but to know is not enough.

Even the devil knows. He knows the Bible (we cannot say by heart because he has no heart) by head, but he doesn’t live up to it. The priest and the Levite who pass by the unfortunate man who fell at the hands of the robber, they know. But their knowledge puts them in chains. There are human laws that can chain us. Because according to their law, a priest who worked in the Temple in Jerusalem, could not touch blood. Blood was sacred. So only the blood of the sacrifice in the tent could be touched. But profane blood outside the Temple could not be touched. He would have become impure, and it would be a long purification process to be again able to worship in the Temple.

So, there are human laws that directly go against charity. If there is a human law that goes directly against charity which is the law of God, you have to reject that law. In France, for example, a law came out that if a young woman wants to have an abortion because she has no means, but there are other people who would like to help, and they put their announcement on the internet to offer help to women who have difficulties to bring their child to birth, help them financially and different ways, those announcements are no longer legal. You would be in conflict with the law if you tried to help someone to give birth to their child. Can you imagine? So, they have to find other ways, hidden ways, secret ways. But obviously the law of God is first always.

So, knowledge is not enough. But the man asks then, “But who is my neighbor?” Sometimes we think we know a lot, but we don’t now the basic questions. The one who is along the road of my daily journey. It might be husband, wife, neighbor, co-worker at the office. Every day God brings us someone we can help. Sometimes people think, I am so needy of the help of others that I can’t help anyone. I have no means, no clothes, very little food. I cannot clothe and feed all the needy in the world. We can’t do that, but the one we find on the roadside, yes. Before we look for those around the world, we should look for those around us, because love always starts at home.

People say that don’t have enough to help. But think of St. Veronica of the Passion. She had nothing. Just a piece of cloth. But what relief she gave to Jesus. She had the courage, the internal strength to give to Him, to dry His face.

Knowledge is not enough.  There is some tendency within the church to make of the whole religion just some knowledge.  Knowledge is obviously important.  But it has to go to the heart.   There is a wisdom of the heart.  And that is all about love.  We have to learn about that more and more because at the end what will count – we will be judged by love.

So, the first reading speaks about this… it is not far away, it is not up in the heavens, but no, it’s in your mouth, it’s in your heart.  There, deep inside us.  And the second reading also speaks about that closeness of the law of love, of God in us, when St. Paul speaks about Christ in the letter to the Colossians, this beautiful Christological Hymn:  he said everything was created through Him.  Everything was created for Him, in view of Him.  And everything is held up into being, into existence by Him.
If you would reflect a little bit and meditate a little bit about this mystery of Christ. Mystery of light and glory, everything is created through Him – the word, the mighty words of saints, everything into being.
Today science, after having thought for centuries the world and all that is created existed always.  And the story of creation in the Bible was a nice fairy tale.   Now they admit through the theory of the Big Bang there was a “Big Bang” they call it.  We know there was creation.  And so, they say today everything in the end, time space and matter.  All creation, the visible world is time, space and matter.  And the words of the Bible say exactly that.  In the beginning (time) God created the heavens (space) and the earth (matter).  But that’s just the visible world.  And though it is huge, there are billions of galaxies, it is just way out of our understanding. And yet, the invisible world that God created is bigger and much, much greater.
The visible world, the Universe, is just a little dot in the hands of God, before the invisible world, which is eternal, because it is the world of God Himself. And there we are called to live.  And to just form this visible world that it may always become the Kingdom of God.  Then we can collaborate. Yes, Christ brought everything into being. Creation is an ongoing process. It didn’t just happen 15 Billion years ago, but it is an ongoing process. If God didn’t create us now we would cease to exist. So, everything we do, we do in God.