Novena to Our Lady, Assumed into Heaven – Day 3 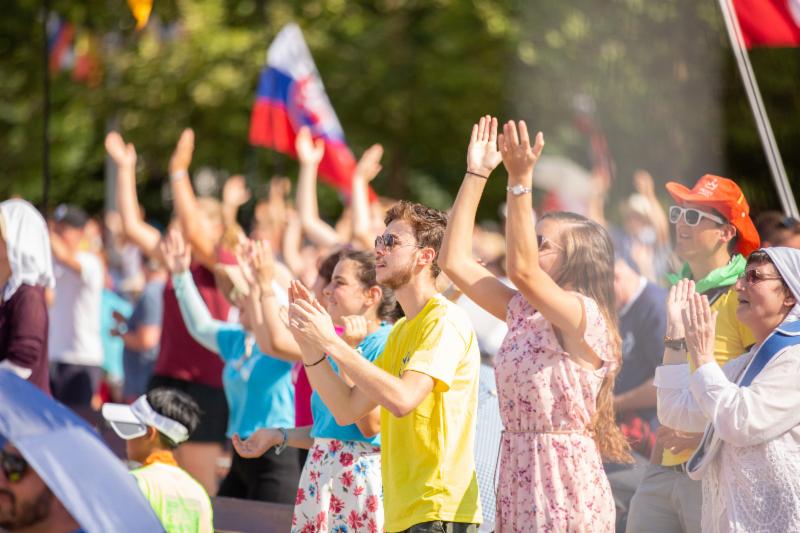 (c)Mary TV/Anthony Zubac
Our Lady has come to cure the pessimism of the modern age!
August 8, 2019
St. Dominic
Novena in honor of the Assumption of the Blessed Virgin Mary day 3

Today I want to share my reflection from last year on the Feast of the Assumption. It is a bit long, but it lays out what I think is so important about the Assumption for our times. Pope Pius XII understood the timeliness of the Proclamation of the Dogma of the Assumption, as I shared yesterday. And Archbishop Fulton Sheen concurred with him and wrote brilliantly about it in his book “The World’s First Love, Mary, Mother of God.” Here is part of that reflection from last year:

February 02, 2016 “Dear children… I repeat, the Resurrection of my Son and my Assumption into Heaven is hope and love for you. Therefore, my children, pray to come to know the truth; to have firm faith which will lead your heart and which will transform your pain and sufferings into love and hope. Thank you.”

Let us pray:
Prayer to Our Lady of the Assumption
by Pope St. Pius X

O Immaculate Virgin, Mother of God and Mother of humanity, we believe with all the fervor of our faith in your triumphal assumption both in body and in soul into heaven where you are acclaimed as queen by all the choirs of angels and all the legions of saints; we unite with them to praise and bless the Lord who has exalted you above all other pure creatures and to offer you the tribute of our devotion and our love.

We know that your gaze, which on earth watched over the humble and suffering humanity of Jesus, in heaven is filled with the vision of that humanity glorified and with the vision of uncreated wisdom, and that the joy of your soul in the direct contemplation of the adorable Trinity causes your heart to throb with overwhelming tenderness; and we, poor sinners whose body weights down the flight of the soul, beg you to purify our hearts so that, while we remain below, we may learn to see God and God alone in the beauties of his creatures.

We trust that your merciful eyes may deign to gaze down upon our miseries and anguish, upon our struggles and our weaknesses; that your countenance may smile upon our joys and our victories; that you may hear the voice of Jesus saying to you of each one of us, as He once said to you of his beloved disciple: “Behold your son,” and we who call upon you as our mother, we, like John, take you as the guide, strength and consolation of our mortal life.
We are inspired by the certainty that your eyes, which wept over the earth crimsoned by the blood of Jesus, are yet turned toward this world racked by wars and persecutions, the oppression of the just and the weak. From the shadows of this vale of tears, we seek in your heavenly assistance, tender mercy, comfort for our aching hearts, and help in the trials of Church and country.

We believe finally that in the glory where you reign, clothed with the sun and crowned with stars, you are, after Jesus, the joy and gladness of all the angels and the saints, and from this earth, over which we tread as pilgrims, comforted by our faith in the future resurrection, we look to you our life, our sweetness, our hope; draw us onward with the sweetness of your voice, so that one day, after our exile, you may show us Jesus, the blessed fruit of your womb.