A 33 Day Consecration to Our Lady of the Rosary! Day 22 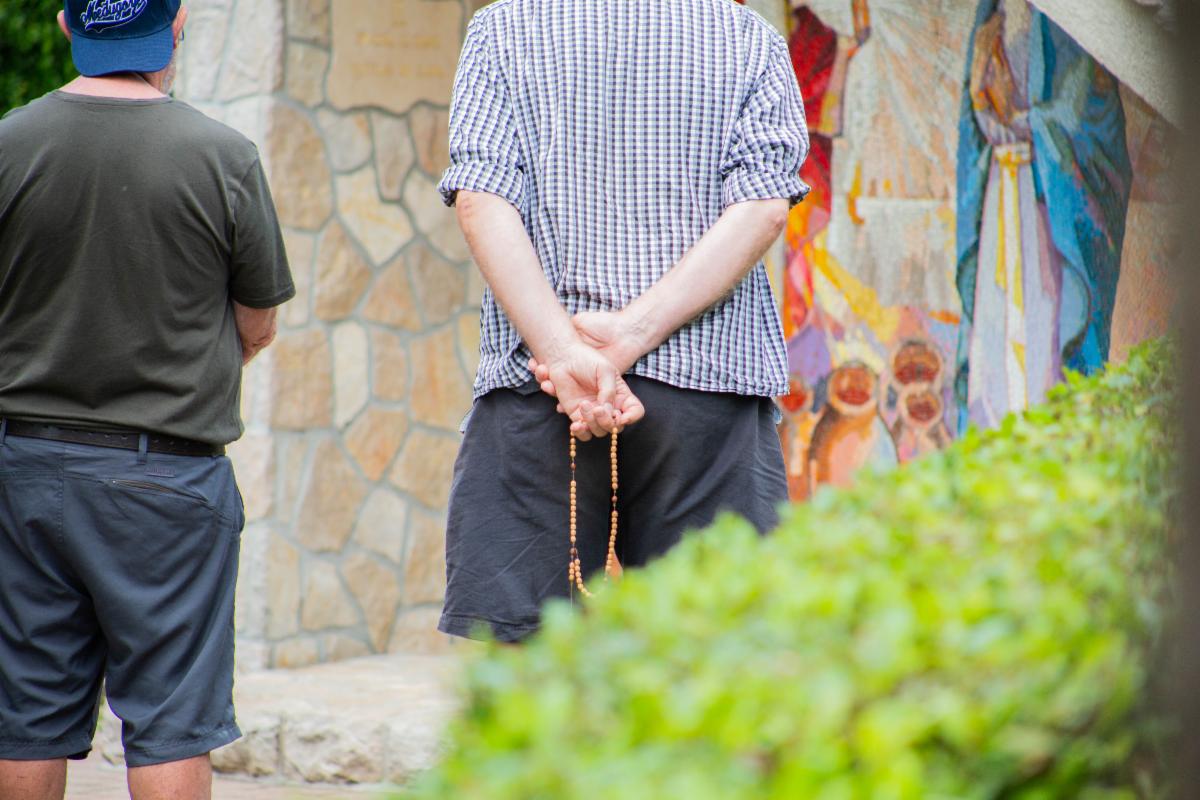 In the name of the Father and the Son and the Holy Spirit!
Receive our Consecration Prayer, O dearest Mother Mary!

A great champion for Our Lady, Fr. Albert Shamon, wrote many pamphlets and books on Our Lady. He loved Medjugorje and believed in Our Lady’s presence there. He was a priest of the Rochester Diocese under Archbishop Fulton Sheen. Fr. Shamon wrote a short work called “The Power of the Rosary” which I find very helpful. I want to share some excerpts from this little book with you all as we continue our 33 Day Consecration.

In Chapter One, Fr. Shamon puts the Rosary in the context of the history of nations over the past 400 years. He asks the question, “Why is the Holy Rosary so efficacious?” Our Lady has recommended it in every apparition over that same time period. He says, “One reason is that the Rosary is a thinking prayer.” He says that over these centuries bad thinking was introduced by so many philosophers, i.e. Voltaire, Rousseau, Diderot, the Encyclopedists, the Deists, Marx, Nietzsche, Stalin, and on and on. Bad thinking! Thinking that was based on atheism and the exaltation of Humanity.

But Fr. Shamon tells us:


Why this emphasis on the Rosary? Our Mother, the virgin most prudent, well knows that as we think, so we act. Creeds go before deeds. And she also knows that there is nothing so able to straighten out our thinking and counteract the errors of modern society as daily meditation on the mysteries of the Rosary!!

The Rosary is good thinking. It drives home four great truths of religion.

1. The Joyful Mysteries of the Rosary teach the first great truth of religion; namely, life and religion are meant to be joyful. So many don’t think that. Very often, they think the very opposite. George Eliot described some of the clergymen of her day as ‘pale faced mementos of solemnities.” Glumdums!

The Joyful Mysteries teach the very opposite. They remind us that life is to be joyful; that religion, too, is to be joyful; that God has made us for happiness. That was why He put our first parents in a world that was a paradise. Did not Paul urge his beloved Philippians, “Rejoice in the Lord always. I shall say it again: rejoice!”

But better still, the Joyful Mysteries tell us how we can obtain that joy; namely, by doing God’s will as Mary and Joseph did, as Elizabeth and Zechariah did, as Anna and Simeon, the shepherds and the wise men did. (Rev. Albert J. M. Shamon. The Power of the Rosary. 1990 p. 4, 10)

I never thought of the Rosary as a “thinking prayer”, but Fr. Shamon is right! Through the contemplation of the mysteries in each decade we are presented with the truth about humanity, the truth about God and the call we have been given. We become those who see through the fog of lies present in our day and can steer our way joyfully towards the Light! (We will talk about 2,3 and 4 the next 3 days)

As Our Lady has said:

December 25, 1996 “Dear children! Today I am with you in a special way, holding little Jesus in my lap and I invite you, little children, to open yourselves to His call. He calls you to joy. Little children, joyfully live the messages of the Gospel, which I am repeating in the time since I am with you. Little children, I am your Mother and I desire to reveal to you the God of love and the God of peace. I do not desire for your life to be in sadness but that it be realized in joy for eternity, according to the Gospel. Only in this way will your life have meaning. Thank you for having responded to my call.”


Dearest Mother, thank you for the gift of the Rosary! Thank you for finding such a perfect way to help us become good thinkers, those who ponder and learn the truth through the mysteries of Jesus’ life. We have a good teacher in your, dearest Mary!

Supplication to the Queen of the Holy Rosary:

“O Blessed Rosary of Mary, sweet chain which unites us to God, bond of love which unites us to the angels, tower of salvation against the assaults of Hell, safe port in our universal shipwreck, we will never abandon you. You will be our comfort in the hour of death: yours our final kiss as life ebbs away. And the last word from our lips will be your sweet name, O Queen of the Rosary of Pompei, O dearest Mother, O Refuge of Sinners, O Sovereign Consoler of the Afflicted. May you be everywhere blessed, today and always, on earth and in heaven”. (Blessed Bartolo Longo)

We commit ourselves to praying the Rosary for your intentions, dearest Mary, our Mother, as You enter this final battle with Satan, for the sake of souls. We will take up the Rosary as an obligation that we will fulfill with great joy! Together we will pray for Your Triumph over Satan, and for the coming of a New Time of Peace which has been given to us through You, Oh Clement, O Loving, O Sweet Virgin Mary!! Amen

Glory be to the Father, to the Son, and to the Holy Spirit! As it was in the beginning, is now and ever shall be, world without end. Amen

Now we pray our Rosary for today! Glorious mysteries!!

In Jesus, Mary and Joseph!
Cathy Nolan
©Mary TV 2019
PS. I will send out the message as soon as I receive it!

PPS.  Mike Nolan is taking a group to Medjugorje on October 8, 2019 with an optional extended trip to the Holy Land departing on October 1!!  He has room left in his group for anyone who is feeling called to Medjugorje, and possibly the Holy Land!  It is an opportunity not to be missed!!
Here is the link to his website:
https://www.pilgrim-medj.com/october-8-18.html
Or call Him at 574-335-9952
PrevPrevious
NextNext
Current Conditions