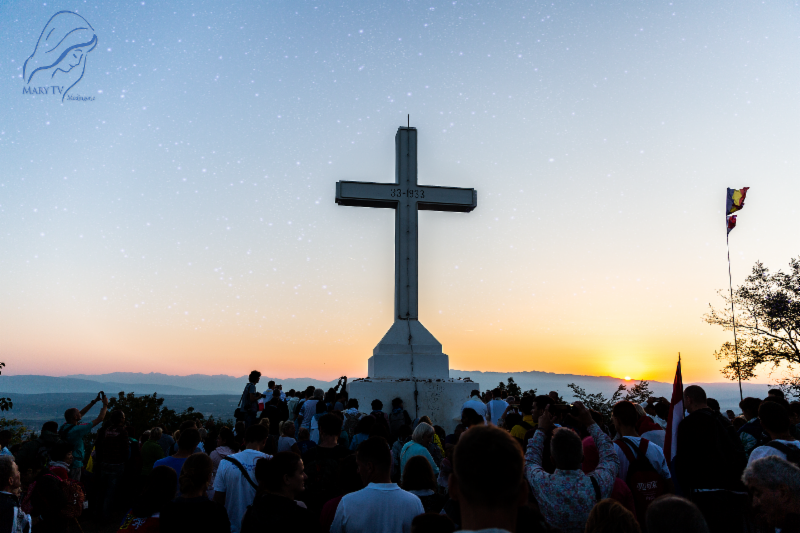 Friday, November 6, 1981
After twenty minutes, the Gospa disappears, and before us, Hell appears. Later she tells us: “Do not be afraid! I have shown you Hell so that you may know the state of those who are there.”

Today, I was led by an Angel to the chasms of hell. It is a place of great torture; how awesomely large and extensive it is! The kinds of tortures I saw: the first torture that constitutes hell is the

loss of God; the second is perpetual remorse of conscience; the third is that one’s condition will never change; the fourth is the fire that will penetrate the soul without destroying it-a terrible suffering, since it is a purely spiritual fire, lit by God’s anger; the fifth torture is continual darkness and a terrible suffocating smell, and, despite the darkness, the devils and the souls of the damned see each other and all the evil, both of others and their own; the sixth torture is the constant company of Satan; the seventh torture is horrible despair, hatred of God, vile words, curses and blasphemies. These are the tortures suffered by all the damned together, but that is not the end of the sufferings. There are special tortures destined for particular souls. These are the torments of the senses. Each soul undergoes terrible and indescribable sufferings, related to the manner in which it has sinned. There are caverns and pits of torture where one form of agony differs from another. I would have died at the very sight of these tortures if the omnipotence of God had not supported me. Let the sinner know that he will be tortured throughout all eternity, in those senses which he used for sin. I am writing this at the command of God, so that no soul may find an excuse by saying there is no hell, or that nobody has ever been there, and so no one can say what it is like.
I, Sister Faustina, by the order of God, have visited the abysses of hell so that I might tell souls about it and testify to its existence. I cannot speak about it now; but I have received a command from God to leave it in writing. The devils were full of hatred for me, but they had to obey me at the command of God. What I have written is but a pale shadow of the things I saw. But I noticed one thing: that most of the souls there are those who disbelieved that there is a hell. When I came to, I could hardly recover from the fright. How terribly souls suffer there! Consequently, I pray even more fervently for the conversion of sinners. I incessantly plead God’s mercy upon them. O my Jesus, I would rather be in agony until the end of the world, amidst the greatest sufferings, than to offend You by the least sin. (St. Faustina’s Diary, 741)

I believe that many people do not believe in hell in these days. They are in great peril. Let’s pray for all men to be saved. Let’s pray that God’s mercy will prevail over all men and women in the world!!!!In Jesus, Mary and Joseph,
Cathy Nolan
©Mary TV 2018

PS. For those who feel a nudge to support Mary TV as we work to connect Our Lady to the world, here is a link to our donation page: