The Assumption of the Blessed Virgin Mary! 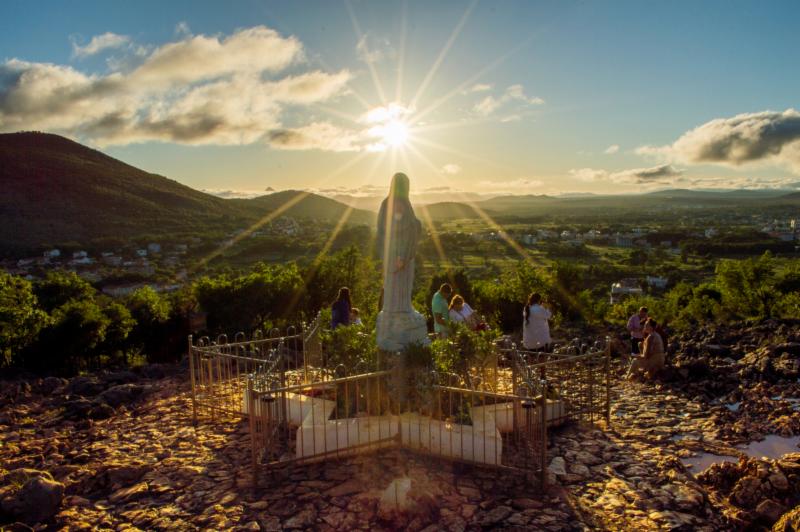 The Assumption of the Blessed Virgin Mary

On this beautiful Feast of the Assumption, I want to share a reflection I have shared for the last few years. It is about the prophetic meaning in the Dogma of the Assumption, declared in 1950. I am quoting Archbishop Fulton Sheen, who was remarkably able to synthesize human thought and politics and religion in such a way as to show the battle between good and evil, and God’s plan to win! I hope this makes sense to you:

February 02, 2016 “Dear children… I repeat, the Resurrection of my Son and my Assumption into Heaven is hope and love for you. Therefore, my children, pray to come to know the truth; to have firm faith which will lead your heart and which will transform your pain and sufferings into love and hope. Thank you.”

I wanted to share something with you about the Assumption. For some reason, as I prayed I felt drawn to a book I read quite a while ago, “The World’s First Love, Mary, Mother of God” by Archbishop Fulton J Sheen. I looked through the Contents, and found the chapter on the Assumption. And when I began to read it, I saw that I had underlined almost every word of that chapter! It is a blockbuster!

But the last few paragraphs are really pertinent for us because Sheen points to something in a prophetic way that we are experiencing. “The World’s First Love” was written in 1952, only two years after the Dogma of the Assumption was declared by Pope Pius XII. And yet, Sheen seems to see the plan of God in that declaration. Let’s listen to him:

Within three decades the definition of the Assumption will cure the pessimism and despair of the modern world. Freud, who did so much to develop this pessimism, took as his motto; “If I cannot move the Gods on high, I shall set all hell in an uproar.” That uproar which he created will now be stilled by a Lady as powerful as an “army drawn up in battle array.” The age of the “body beautiful” will now become the age of the Assumption.

In Mary there is a triple transition. In the Annunciation we pass from the holiness of the Old Testament to the holiness of Christ. At Pentecost we pass from the holiness of the historical Christ to the holiness of the Mystical Christ or His Body, which is the Church. Mary here received the Spirit for a second time. The first overshadowing was to give birth to the Head of the Church: this second overshadowing is to give birth to His Body as she is in the midst of the Apostles abiding in prayer. The third transition is the Assumption, as she becomes the first human person to realize the historical destiny of the faithful as members of Christ’s Mystical Body, beyond time, beyond death, and beyond judgment.

Mary is always in the vanguard of humanity. She is compared to Wisdom, presiding at creation; she is announced as the woman who will conquer Satan, as the Virgin who will conceive. She becomes the first person since the Fall to have a unique and unrepeatable kind of union with God; she mothers the infant Christ in Bethlehem; she mothers the Mystical Christ at Jerusalem; and now, by her Assumption, she goes ahead like her Son to prepare a place for us. She participates in the glory of her Son, reigns with Him, presides at His Side over the destinies of the Church in time, and intercedes for us, to Him, as He, in His turn, intercedes to the Heavenly Father.

Adam came before Eve chronologically. The new Adam, Christ, comes after the New Eve, Mary, chronologically, although existentially He preceded her as the Creator a creature. By stressing for the moment only the time element, Mary always seems to be the advent of what is in store for man. She anticipates Christ for nine months, as she bears Heaven within her; she anticipates His Passion at Cana and His Church at Pentecost. Now, in the last great doctrine of the Assumption, she anticipates Heavenly glory, and the definition comes at a time when men think of it least.

One wonders if this could not be the last of the great truths of Mary to be defined by the Church. Anything else might seem to be an anticlimax after she is declared to be in Heaven, body and soul. But actually there is one other truth left to be defined, and that is that she is the Mediatrix, under her Son, of all graces. As St. Paul speaks of the Ascension of Our Lord as the prelude to His intercession for us, so we fittingly, should speak of the Assumption of Our Lady as a prelude to her intercession for us. First, the place, Heaven; then the function, intercession. The nature of her role is not to call her Son’s attention to some need, in an emergency unnoticed by Him, nor is it to “win” a difficult consent. Rather it is to unite herself to His compassionate Mercy and give a human voice to His Infinite Love. The main ministry of Mary is to incline men’s’ hearts to obedience to the will of her Divine Son. Her last recorded words at Cana are still her words in the Assumption; “Whatsoever He shall say to you, that do ye.” (Fulton J Sheen, The World’s First Love, Mary, Mother of God. McGraw-Hill Book Company, Inc. New York. 1952)

Archbishop Sheen clearly sees that Mary, in her Assumption, is the key to our age of despair. In Mary, humanity has hope. In her Assumption, life again has meaning. We are not creatures without souls, and without an eternal future. We are called to live forever with our God, who loves us, and Mary shows us the way.

I also find it interesting that in 1952 Archbishop Sheen would project that in three decades after the Dogma was declared “the definition of the Assumption will cure the pessimism and despair of the modern world.” This is a huge claim. Sheen died in 1979, just shy of the three decades. What came next he could not have foreseen. Our Lady came to Medjugorje in 1981 and since then has been curing pessimism and despair in millions of her children. Through her presence, her messages and her intercession, Mary is reversing the terrible curse of atheism and despair in the world, one person at a time.

I also believe that Our Lady in Medjugorje has set up camp, declaring that she is with us in our fight against Satan and all evil. She is with us to help us draw close to her Son and to learn to live in Him. She is with us in these days to be Jesus’ compassionate Mercy for us. She intercedes in our midst, in Medjugorje, to bring about the Kingdom of Heaven in us. The Dogma of the Assumption is bearing great fruit in our day, as Sheen said. It is curing pessimism and despair, and bringing us heaven through Our Lady’s presence in Medjugorje!! If Sheen is right and Mary is the advent of all of God’s great works, the Incarnation, the Passion, the Birth of the Church, and now Heavenly Glory, then her coming to Medjugorje must be the advent of the coming of her Son. She is here to prepare the way for His coming!

PS. Several of our shipmates have felt the nudge to donate! Thank you!! You have no idea how very much we need donations to continue Mary TV! Thanks for all you do, and for all you may be moved to do for the future!! Here is the link to our donation page: