Mary, Mother of the Church! Part 2 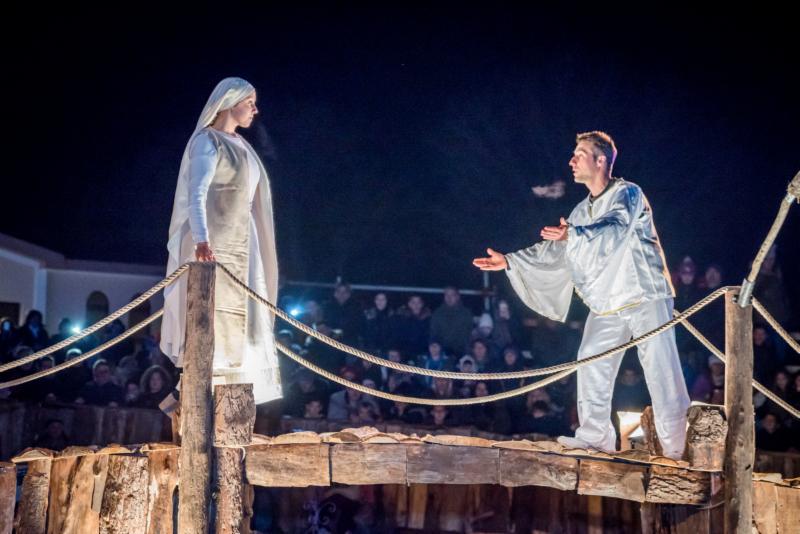 We will continue to read Chapter VIII of Lumen Gentium, to steep ourselves in the beautifully written declaration on Mary our Mother!

II. The Role of the Blessed Mother in the Economy of Salvation

55. The Sacred Scriptures of both the Old and the New Testament, as well as ancient Tradition show the role of the Mother of the Savior in the economy of salvation in an ever clearer light and draw attention to it. The books of the Old Testament describe the history of salvation, by which the coming of Christ into the world was slowly prepared. These earliest documents, as they are read in the Church and are understood in the light of a further and full revelation, bring the figure of the woman, Mother of the Redeemer, into a gradually clearer light. When it is looked at in this way, she is already prophetically foreshadowed in the promise of victory over the serpent which was given to our first parents after their fall into sin. (Gen. 3. 15). Likewise, she is the Virgin who shall conceive and bear a son, whose name will be called Emmanuel. (Is 7, 14; cf. Mich. 5, 2-3; Mt. 1, 22-23.) She stands out among the poor and humble of the Lord, who confidently hope for and receive salvation from Him. With her the exalted Daughter of Sion, and after a long expectation of the promise, the times are fulfilled and the new Economy established, when the Son of God took a human nature from her, that He might in the mysteries of His flesh free man from sin.

56. The Father of mercies willed that the incarnation should be preceded by the acceptance of her who was predestined to be the mother of His Son, so that just as a woman contributed to death, so also a woman should contribute to life. That is true in outstanding fashion of the mother of Jesus, who gave to the world Him who is Life itself and who renews all things, and who was enriched by God with the gifts which befit such a role. It is no wonder therefore that the usage prevailed among the Fathers whereby they called the mother of God entirely holy and free from all stain of sin, as though fashioned by the Holy Spirit and formed as a new creature. Adorned from the first instant of her conception with the radiance of an entirely unique holiness, the Virgin of Nazareth is greeted, on God’s command, by an angel messenger as “full of grace”, (Lk. 1, 28.) and to the heavenly messenger she replies: “Behold the handmaid of the Lord, be it done unto me according to thy word”(Lk. 1, 38). Thus Mary, a daughter of Adam, consenting to the divine Word, became the mother of Jesus, the one and only Mediator. Embracing God’s salvific will with a full heart and impeded by no sin, she devoted herself totally as a handmaid of the Lord to the person and work of her Son, under Him and with Him, by the grace of almighty God, serving the mystery of redemption. Rightly therefore the holy Fathers see her as used by God not merely in a passive way, but as freely cooperating in the work of human salvation through faith and obedience. For, as St. Irenaeus says, she “being obedient, became the cause of salvation for herself and for the whole human race.” Hence not a few of the early Fathers gladly assert in their preaching, “The knot of Eve’s disobedience was untied by Mary’s obedience; what the virgin Eve bound through her unbelief, the Virgin Mary loosened by her faith.” Comparing Mary with Eve, they call her “the Mother of the living,” and still more often they say: “death through Eve, life through Mary.”

57. This union of the Mother with the Son in the work of salvation is made manifest from the time of Christ’s virginal conception up to His death it is shown first of all when Mary, arising in haste to go to visit Elizabeth, is greeted by her as blessed because of her belief in the promise of salvation and the precursor leaped with joy in the womb of his mother. (Lk. 1, 41-45) This union is manifest also at the birth of Our Lord, who did not diminish His mother’s virginal integrity but sanctified it, when the Mother of God joyfully showed her firstborn Son to the shepherds and Magi. When she presented Him to the Lord in the temple, making the offering of the poor, she heard Simeon foretelling at the same time that her Son would be a sign of contradiction and that a sword would pierce the mother’s soul, that out of many hearts thoughts might be revealed. (Lk. 2, 34-35) When the Child Jesus was lost and they had sought Him sorrowing, His parents found Him in the temple, taken up with the things that were His Father’s business; and they did not understand the word of their Son. His Mother indeed kept these things to be pondered over in her heart. (Lk. 2, 41-51)

58. In the public life of Jesus, Mary makes significant appearances. This is so even at the very beginning, when at the marriage feast of Cana, moved with pity, she brought about by her intercession the beginning of miracles of Jesus the Messiah. (Jn. 2, 1-11) In the course of her Son’s preaching she received the words whereby in extolling a kingdom beyond the calculations and bonds of flesh and blood, He declared blessed(Mk. 3. 35; 27-28) those who heard and kept the word of God, as she was faithfully doing. Lk. 2, 19, 51) After this manner the Blessed Virgin advanced in her pilgrimage of faith, and faithfully persevered in her union with her Son unto the cross, where she stood, in keeping with the divine plan,(Jn. 19, 25) grieving exceedingly with her only begotten Son, uniting herself with a maternal heart with His sacrifice, and lovingly consenting to the immolation of this Victim which she herself had brought forth. Finally, she was given by the same Christ Jesus dying on the cross as a mother to His disciple with these words: “Woman, behold thy son”.(Jn. 19, 26-27)

59. But since it has pleased God not to manifest solemnly the mystery of the salvation of the human race before He would pour forth the Spirit promised by Christ, we see the apostles before the day of Pentecost “persevering with one mind in prayer with the women and Mary the Mother of Jesus, and with His brethren”,(Acts 1, 14.) and Mary by her prayers imploring the gift of the Spirit, who had already overshadowed her in the Annunciation. Finally, the Immaculate Virgin, preserved free from all guilt of original sin, on the completion of her earthly sojourn, was taken up body and soul into heavenly glory, and exalted by the Lord as Queen of the universe, that she might be the more fully conformed to her Son, the Lord of lords (Apoc. 19. 16) and the conqueror of sin and death. https://www.catholicculture.org/culture/library/view.cfm?id=3380#VIII

January 02, 2015 “Dear children, I am here among you as a mother who desires to help you to come to know the truth. While I lived your life on earth I had knowledge of the truth, and by this alone, a piece of Heaven on earth. That is why I desire the same for you, my children. The Heavenly Father desires pure hearts filled with the knowledge of the truth. He desires for you to love all those whom you meet, because I also love my Son in all of you. This is the beginning of coming to know the truth. Many false truths are being offered to you. You will overcome them with a heart cleansed by fasting, prayer, penance and the Gospel. This is the only truth and it is the truth which my Son left you. You do not need to examine it much. What is asked of you, as I also have done, is to love and to give. My children, if you love, your heart will be a home for my Son and me, and the words of my Son will be the guiding light in your life. My children, I will make use of you, apostles of love, to help all of my children to come to know the truth. My children, I have always prayed for the Church of my Son, and so I also ask the same of you. Pray that your shepherds may come to shine forth with the love of my Son. Thank you.”

Our Lady has lived our life, and yet, as the Church tells us in Lumen Gentium, she lived our life in complete submission to God and unity with Jesus, always saying ‘yes’ to the Holy Spirit’s guidance. She needs us now to live in a manner like she lived. She will help us. We are blessed to be her apostles in these days!

Thank you, Mary, Mother of the Church!