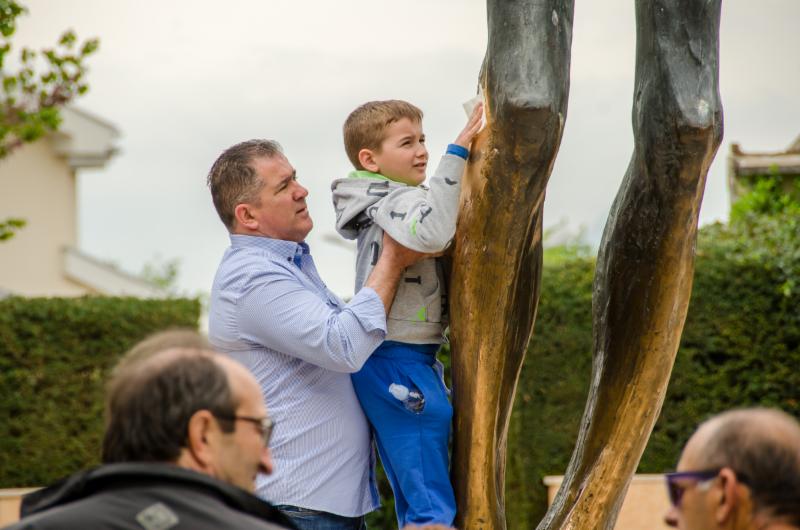 
On Monday we celebrate the Solemnity of the Annunciation. This feast is a pivot point for the Catholic Faith because we recognize and worship the Son of God who became man. It is the moment of the Incarnation. Our Lady encounters the Angel Gabriel and says “yes” to the request of God to become the Mother of His Son. All of history is turned on its end. Our salvation finds its source in Mary’s “yes”. The Second Person of the Trinity assumes a Human soul and body!

It took centuries for the Church to hammer out the particulars of this ultimately mysterious event. Many errors had to be addressed in order to get it right! Our Lady says it so simply in her message. She too is approaching this great mystery with us. We all can bow down together before it. Our Savior is God and Man.

I want to share a few quotes from the Catechism of the Catholic Church which address the Incarnation. It may be helpful for us to pray over the wisdom of the Church, and maybe even examine our own ideas about the Incarnation, to be sure we have it right!

461 Taking up St. John’s expression, “The Word became flesh”,82 the Church calls “Incarnation” the fact that the Son of God assumed a human nature in order to accomplish our salvation in it. In a hymn cited by St. Paul, the Church sings the mystery of the Incarnation:

Have this mind among yourselves, which is yours in Christ Jesus, who, though he was in the form of God, did not count equality with God a thing to be grasped, but emptied himself, taking the form of a servant, being born in the likeness of men. And being found in human form he humbled himself and became obedient unto death, even death on a cross.83

462 The Letter to the Hebrews refers to the same mystery:
Consequently, when Christ came into the world, he said, “Sacrifices and offerings you have not desired, but a body have you prepared for me; in burnt offerings and sin offerings you have taken no pleasure. Then I said, Lo, I have come to do your will, O God.”84
463 Belief in the true Incarnation of the Son of God is the distinctive sign of Christian faith: “By this you know the Spirit of God: every spirit which confesses that Jesus Christ has come in the flesh is of God.”85 Such is the joyous conviction of the Church from her beginning whenever she sings “the mystery of our religion”: “He was manifested in the flesh.”86

464 The unique and altogether singular event of the Incarnation of the Son of God does not mean that Jesus Christ is part God and part man, nor does it imply that he is the result of a confused mixture of the divine and the human. He became truly man while remaining truly God. Jesus Christ is true God and true man.

During the first centuries, the Church had to defend and clarify this truth of faith against the heresies that falsified it.


465 The first heresies denied not so much Christ’s divinity as his true humanity (Gnostic Docetism). From apostolic times the Christian faith has insisted on the true incarnation of God’s Son “come in the flesh”.87 But already in the third century, the Church in a council at Antioch had to affirm against Paul of Samosata that Jesus Christ is Son of God by nature and not by adoption. The first ecumenical council of Nicaea in 325 confessed in its Creed that the Son of God is “begotten, not made, of the same substance (homoousios) as the Father”, and condemned Arius, who had affirmed that the Son of God “came to be from things that were not” and that he was “from another substance” than that of the Father.88

466 The Nestorian heresy regarded Christ as a human person joined to the divine person of God’s Son. Opposing this heresy, St. Cyril of Alexandria and the third ecumenical council, at Ephesus in 431, confessed “that the Word, uniting to himself in his person the flesh animated by a rational soul, became man.”89 Christ’s humanity has no other subject than the divine person of the Son of God, who assumed it and made it his own, from his conception. For this reason the Council of Ephesus proclaimed in 431 that Mary truly became the Mother of God by the human conception of the Son of God in her womb: “Mother of God, not that the nature of the Word or his divinity received the beginning of its existence from the holy Virgin, but that, since the holy body, animated by a rational soul, which the Word of God united to himself according to the hypostasis, was born from her, the Word is said to be born according to the flesh.”90


467 The Monophysites affirmed that the human nature had ceased to exist as such in Christ when the divine person of God’s Son assumed it. Faced with this heresy, the fourth ecumenical council, at Chalcedon in 451, confessed:

Following the holy Fathers, we unanimously teach and confess one and the same Son, our Lord Jesus Christ: the same perfect in divinity and perfect in humanity, the same truly God and truly man, composed of rational soul and body; consubstantial with the Father as to his divinity and consubstantial with us as to his humanity; “like us in all things but sin”. He was begotten from the Father before all ages as to his divinity and in these last days, for us and for our salvation, was born as to his humanity of the virgin Mary, the Mother of God.91

We confess that one and the same Christ, Lord, and only-begotten Son, is to be acknowledged in two natures without confusion, change, division or separation. The distinction between the natures was never abolished by their union, but rather the character proper to each of the two natures was preserved as they came together in one person (prosopon) and one hypostasis.92

468 After the Council of Chalcedon, some made of Christ’s human nature a kind of personal subject. Against them, the fifth ecumenical council, at Constantinople in 553, confessed that “there is but one hypostasis [or person], which is our Lord Jesus Christ, one of the Trinity.”93 Thus everything in Christ’s human nature is to be attributed to his divine person as its proper subject, not only his miracles but also his sufferings and even his death: “He who was crucified in the flesh, our Lord Jesus Christ, is true God, Lord of glory, and one of the Holy Trinity.”94

469 The Church thus confesses that Jesus is inseparably true God and true man. He is truly the Son of God who, without ceasing to be God and Lord, became a man and our brother:

“What he was, he remained and what he was not, he assumed”, sings the Roman Liturgy.95 And the liturgy of St. John Chrysostom proclaims and sings: “O only-begotten Son and Word of God, immortal being, you who deigned for our salvation to become incarnate of the holy Mother of God and ever-virgin Mary, you who without change became man and were crucified, O Christ our God, you who by your death have crushed death, you who are one of the Holy Trinity, glorified with the Father and the Holy Spirit, save us!”96


To prepare for the great Solemnity of the Annunciation, let’s ask the Holy Spirit to help us to grow in our understanding of the great mystery of love that is the Incarnation!
More tomorrow!