My Son knows you! 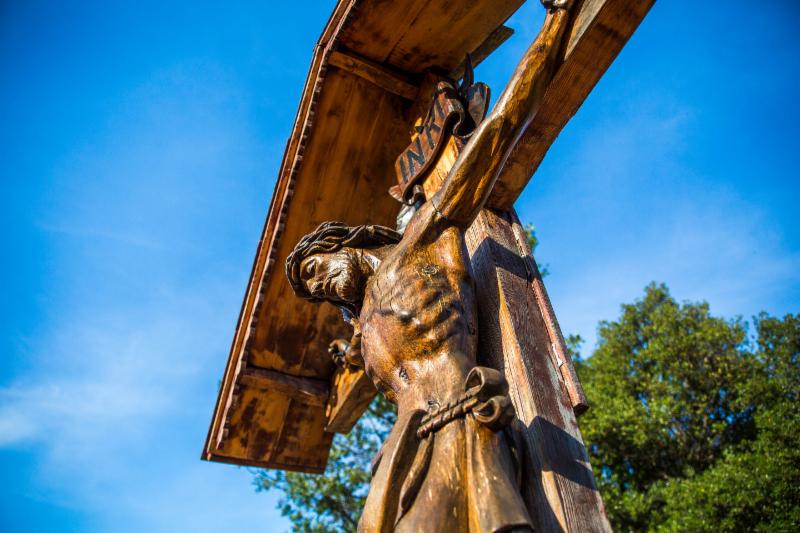 Dear Family of Mary!
“My children, my Son knows you. He lived the life of man, and at the same time of God: a wondrous life-human flesh, divine Spirit…” (March 18, 2019)

“My Son knows you.” What a wonderful thing to say!! Our Lady communicates to us that Jesus knows exactly what it is like to be a human being, because He is one!! He also knows us from His divine perspective, seeing into our hearts with His divine love. It is always a challenge to wrap one’s brain around that astonishing fact!

Here is more from the Catechism:

IV. HOW IS THE SON OF GOD MAN?

470 Because “human nature was assumed, not absorbed”,97 in the mysterious union of the Incarnation, the Church was led over the course of centuries to confess the full reality of Christ’s human soul, with its operations of intellect and will, and of his human body. In parallel fashion, she had to recall on each occasion that Christ’s human nature belongs, as his own, to the divine person of the Son of God, who assumed it. Everything that Christ is and does in this nature derives from “one of the Trinity”. The Son of God therefore communicates to his humanity his own personal mode of existence in the Trinity. In his soul as in his body, Christ thus expresses humanly the divine ways of the Trinity:98

The Son of God…. worked with human hands; he thought with a human mind. He acted with a human will, and with a human heart he loved. Born of the Virgin Mary, he has truly been made one of us, like to us in all things except sin.99

Christ’s soul and his human knowledge

471 Apollinarius of Laodicaea asserted that in Christ the divine Word had replaced the soul or spirit. Against this error the Church confessed that the eternal Son also assumed a rational, human soul.100

472 This human soul that the Son of God assumed is endowed with a true human knowledge. As such, this knowledge could not in itself be unlimited: it was exercised in the historical conditions of his existence in space and time. This is why the Son of God could, when he became man, “increase in wisdom and in stature, and in favor with God and man”,101 and would even have to inquire for himself about what one in the human condition can learn only from experience.102 This corresponded to the reality of his voluntary emptying of himself, taking “the form of a slave”.103

473 But at the same time, this truly human knowledge of God’s Son expressed the divine life of his person.104 “The human nature of God’s Son, not by itself but by its union with the Word, knew and showed forth in itself everything that pertains to God.”105 Such is first of all the case with the intimate and immediate knowledge that the Son of God made man has of his Father.106 The Son in his human knowledge also showed the divine penetration he had into the secret thoughts of human hearts.107

474 By its union to the divine wisdom in the person of the Word incarnate, Christ enjoyed in his human knowledge the fullness of understanding of the eternal plans he had come to reveal.108 What he admitted to not knowing in this area, he elsewhere declared himself not sent to reveal.109

475 Similarly, at the sixth ecumenical council, Constantinople III in 681, the Church confessed that Christ possesses two wills and two natural operations, divine and human. They are not opposed to each other but cooperate in such a way that the Word made flesh willed humanly in obedience to his Father all that he had decided divinely with the Father and the Holy Spirit for our salvation.110 Christ’s human will “does not resist or oppose but rather submits to his divine and almighty will.”111

476 Since the Word became flesh in assuming a true humanity, Christ’s body was finite.112 Therefore the human face of Jesus can be portrayed; at the seventh ecumenical council (Nicaea II in 787) the Church recognized its representation in holy images to be legitimate.113

477 At the same time the Church has always acknowledged that in the body of Jesus “we see our God made visible and so are caught up in love of the God we cannot see.”114 The individual characteristics of Christ’s body express the divine person of God’s Son. He has made the features of his human body his own, to the point that they can be venerated when portrayed in a holy image, for the believer “who venerates the icon is venerating in it the person of the one depicted”.115

The heart of the Incarnate Word

Our Lady tells us that “My children, my Son knows you. He lived the life of man,” The Catechism tells us as much: “Jesus knew and loved us each and all during his life, his agony and his Passion, and gave himself up for each one of us…” Jesus is one of us, even as He is one of the Trinity. He loves us with His human heart of love, and He loves us with the Divine love of the Trinity. He gave His life for each one of us, so that we could one day enter into the Divine love of the Trinity with Him by participation. This is all due to His Incarnation!!

So on Monday, we can with full heart, thank Jesus for assuming our humanity. In His incarnation, He found the way to get as close to us as possible in order to save us!